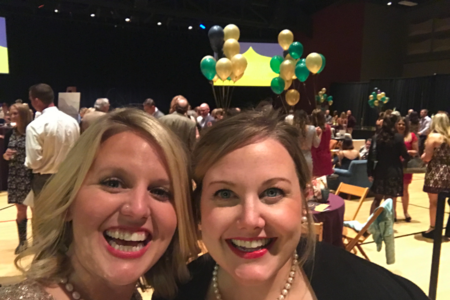 The Cashman Auctionisters
THE AUCTIONEERING SISTERS 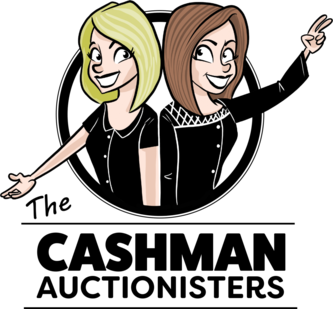 Hello!
We are Katie and Missy Cashman. We are sisters that grew up in Bismarck, North Dakota, and have forged our way in the auctioneer business, specifically the benefit/charity auction business. The guiding mantra for our work is the Erma Bombeck quote:
"'When I stand before God at the end of my life, I would hope that I would not have a single bit of talent left, and could say:,
'I used everything you gave me.'" Both of us know that our talents can serve others and their organizations by securing
fun, easy, uplifting fundraising showcases.

That is the mission and goal of The Cashman Auctionisters. Our success is measured by YOUR success.
For some events, that means we work with our clients from the first inklings of an idea to the after-event debrief. For other events, that means we show up at the event and carry the energy and passion that you have through our delivery and auctioneering.
​Each of the organizations we have worked with are unique and nuanced and we respect those varying missions and goals.
One size does not fit all when it comes to live fundraising events! But one thing does fit everyone: raising money for good causes!

Please contact us today. We would love the opportunity to serve you and your organization.

​Missy and Katie at the Taste of Haven auction in Bozeman, MT on October 8, 2016

Here's a bit about each of us:

Katie, the wiser (read: older) of the pair, has worked in sales, management, higher education, the non-profit, and lobbying sectors over the past 20 years. That all started when she worked for their father's family business, Cashman Nursery and Landscaping. After finishing a degree at Gonzaga University, she earned a graduate degree from the University of St. Thomas to work within student affairs in higher education- which she did for over seven years. That led her to work for the American Cancer Society to do fundraising and events, which led her to work in communications for a statewide advocacy group, the North Dakota Medical Association. She then landed back in higher education in 2016 and currently serves as the Director of Student Affairs for the North Dakota University System. She is a licensed auctioneer in the state of North Dakota (#1051), is registered with the North Dakota Secretary of State as Auctionister Colonel Katie, and a member of the North Dakota Auctioneers Association.

Throughout all of her experiences, fundraising was at the forefront in one way or another, as was public speaking and working with people behind the scenes. Her humor and quick wit keeps everyone on their toes and she loves to learn from her audiences. She also loves to travel (she was the first in her family to reach all 50 states, lived in Italy, has summited Mount Kilimanjaro, and has been to one-less-continent than Missy), loves to cook (and bake!), and works hard to create more hours in each day. Katie lives in her hometown of Bismarck with her incredibly patient and firefighting spouse, Owen, their fiery 7-year old, Maggie Mae, their funny 5-year old, Connor, and the cutest baby ever that's not really a baby anymore, Tommy (2 years old).

Missy, the "Jill of all Trades", leads an anything-but-ordinary life and you might know her better as Missy O'Malley. After graduating from the University of Dayton, she moved to Bozeman, Montana to teach snowboarding lessons. While waiting tables one night, she was offered a radio DJ job. Thus, the persona of Missy O'Malley was born. Missy worked at several radio stations and covered all shifts- the late night, the evening commute home, the morning show, you name it. While on the radio, she ventured into the private event DJ role and worked crowds at weddings, large city events, fundraisers, fashion shows, a Youtube conference, sporting events, her own charity Variety Show that she planned in 2013, - you name it. She continued to snowboard and earn more certifications on the slopes at the same time. She is an exceptional snowboarder and instructor and spends a lot of time with clients in the Big Sky area. After more than 11 years in Bozeman in February of 2016, she began her work as an anchor on Montana This Morning, where she slayed the morning shift (is 2:30 AM considered "the morning shift"?) for three and a half years. She still keeps up television and radio appearances while balancing auctioneering, DJing, emceeing, voice work, and private snowboarding instruction. She is also licensed and bonded in the state of North Dakota for auctioneering.

Missy has built an incredible network and knowledge base throughout her decade+ of working in the public eye. She knows how to read a crowd, she knows how to make them dance, and she knows how to have fun. Her accessible and affable demeanor makes every audience member feel right at home. Missy works her passion in order to live her other passions: snowboarding, hiking, camping, traveling, music, embracing time with family and friends, and a constant pursuit of expanding her horizons. Missy lives in Bozeman, Montana with her husband Rich and their bestgoodboy- Finny the dog.

This duo, the brains and the blast, the smarts and the style, the Katie and the Missy- whatever you want to call them- would be honored to bring life to your charity event through expert planning, humor, grace, and mad fundraising skills.